Scientific prizes of the foundation: now open to international competition

The Fondation Pour l’Audition has committed to an ambitious program of research, healthcare and disease prevention in the field of hearing health.

The Fondation Pour l’Audition, a public-interest foundation, has committed to an ambitious program of research, healthcare and disease prevention in the field of hearing health. As part of this mission, it rewards and supports research pioneers in Hearing Sciences.

At a time when a new a new Hearing Research Institute, the Institut de l’Audition, is due to open in the heart of Paris and major progress is being made in Hearing Sciences, such as inner ear gene therapy, the Fondation Pour l’Audition is reinforcing its contribution by encouraging young French talents and paying tribute to scientific breakthroughs in France, and for the first time, worldwide.

This award pays tribute to scientists and doctors whose work represents a major breakthrough in Hearing Sciences, offering new hope to all. Since these scientific advances go beyond borders, the Fondation Pour l’Audition wants to support experts who are accelerating progress in Hearing Research, wherever they are – in France or abroad.

This Grand Prize is open to active researchers and clinicians. Each nomination must be submitted by a peer, who should highlight the candidate’s qualities and achievements. The criteria evaluated include their standing and reputation in the scientific and medical community, their expertise, experience and achievements, the quality and excellence of their research, and finally the impact of their work on hearing health.

Once the nominations have been evaluated by the Fondation Pour l’Audition’s independent Ad Hoc selection committee, the winning nomination is submitted for approval to the Foundation’s Scientific Committee*.

The Fondation Pour l’Audition Early Career Scientific Prize is awarded annually to two French investigators in recognition of the excellence of their work and its impact on Hearing Sciences in two categories: clinical research and basic research.

To apply, candidates must be scientists or clinicians working at a university or public research institution. The age limit is 45. As for the Grand Prize, each candidate must be nominated by a peer.

Once their eligibility has been verified by the Fondation Pour l’Audition, the nominations are evaluated by an Ad Hoc selection committee composed of independent hearing science experts.

This committee considers the quality and excellence of candidates’ research and proposes one laureate per category to the Fondation Pour l’Audition Scientific Committee.

HOW TO NOMINATE A CANDIDATE

To nominate a candidate visit http://www.fondationpourlaudition.org/en/?project_call=agir-pour-laudition-act-for-the-future-prize

You will also find in this page all the details about the nomination process or the peer-review process related to the 2018 FPA Scientific Prizes. 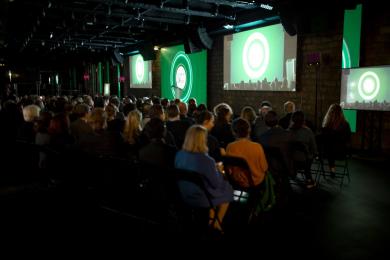